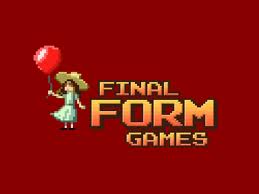 Final Form games was founded in 2009 by three game developers looking to go indie and live their dream of writing about themselves in the third-person. They had fought hard to get into the industry that was their home for the past half-decade or so. Now, they find themselves driving to its outskirts in search of something they couldn’t find at its center.

Lured east by the promise of better sandwiches, harsher winters, and greater creative control, they pitched their tent at last in the great city of Philadelphia, under the very shadow of William Penn himself. There are stars in their eyes and computers on their desks, and they are making games that remind them why they went to all that trouble in the first place.