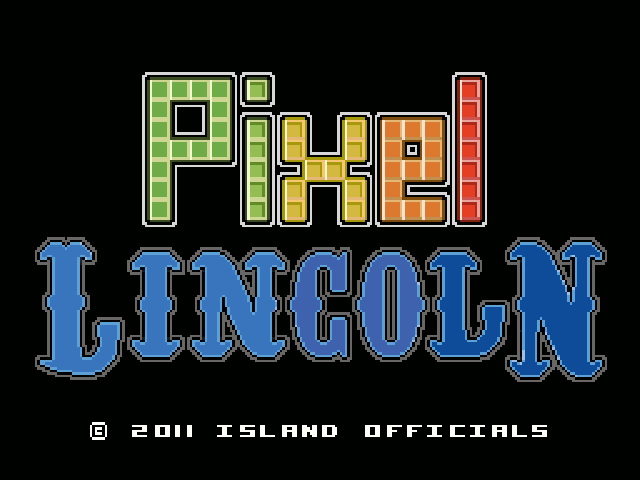 After two weeks of describing the initial card game, and the team behind the game, we’re finally ready to discuss the actual game! So what is Pixel Lincoln all about?

You start out the game as Lincoln, aboard the main cabin of Rail Force One. After Lincoln’s hat suddenly blows off of his head and right out the window, he searches and encounters enemies, makes friends, and ends up in areas that he never expected. Lincoln just wants his hat back, but he doesn’t realize the power that it holds! And if that power gets into the wrong hands… (SPOILERS: It does)

Lincoln appears to be your average pixel president, but with a few hidden surprises.

Is that a boxing glove?
Yes! Sometimes you just need to knock someone out. 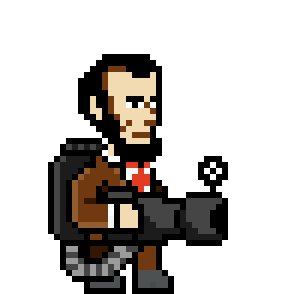 An arm cannon?
Yes! Loaded with all of the finest projectiles.

A beardarang?
Yes! Lincoln’s beard is his main weapon (of course). And just like a boomerang, it comes back. Well, actually.. it grows back.

As for the enemies…

This is Booth, Lincoln’s nemesis. 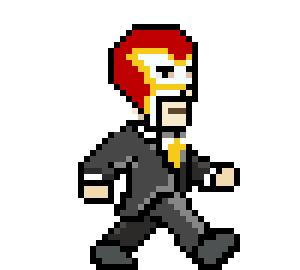 And here is the first of our non-human enemies. It’s an annoying smiling slime that just gets in your way.